Who Is Our Savior? 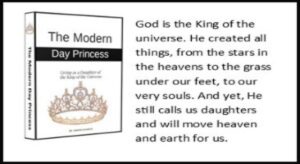 Our curiosity about the royal family is a multimillion-dollar industry in America. We consider it charming, even romantic, and we consume every book and product available on Great Britain’s royal family. Having never lived under a monarchy, we don’t understand the sovereignty of a king. However, we’re still fascinated by the concept.

The tragic death and funeral of Princess Diana in 1997 resulted in the most massive television audience viewing a single event in history. Diana had her problems, but she invested in the lives of others, winning the hearts of millions across the globe. Neither her beauty nor her wealth caused so many to love her. Beautiful millionaires come and go, never leaving a mark on anyone but those closest to them.

Diana was different. Was she beautiful? Yes. And wealthy? Absolutely. Her poise, grace, and love for others inspired her millions of admirers. She poured her heart into the less fortunate. She wasn’t afraid to touch someone with AIDS or travel into the towns and villages of Third World nations to comfort dismembered minefield victims. Diana single-handily forced Great Britain’s royal family to re-evaluate centuries of tradition through her soft, loving touch.

Christians live in such a kingdom. It has no borders and spans the entire globe. Our realm has been here forever, with neither beginning nor end. Our King has always been King and can’t die or abdicate His throne as lesser kings have done throughout the centuries. Many have tried and failed to overthrow Him.

God’s Kingdom is forever, and as His adopted daughters, we have access to all the riches promised to His children. An adopted child has every legal right to the inheritance, privileges, and rights awarded to a biological child. As God’s daughters, we’re part of His royal family, making Him our Father and us heirs to His Kingdom. If you’re born-again, you’re the King’s daughter or a princess.

A princess is a female sovereign or a female member of a royal family, having equal rank or rights of a prince. The royal family possesses a political system or social class considered of superior quality or nobility. Britain’s royal family consists of dukes, earls, viscounts, and barons with their counterparts.

The Christian is the royal family in God’s kingdom. Dee Jepsen explains it in Women: Beyond Equal Rights.

“The Kingdom of God is not a place—at least not yet—but rather a state of being in which men, women, and children have yielded all sovereignty to the only true sovereign, Almighty God. It is God’s ruling in the hearts, minds, and wills of people—the state in which the unlimited power and blessing of the eternal Lord are forthcoming.

Representing God’s Kingdom to the world is an enormous responsibility. Royal family members can’t always do what they want to do when they want to. They do many things for the supposed good of the kingdom. They can’t see just anyone or go where they want, whenever they want. Their various responsibilities often overshadow their independence and privileges. …

Email us for notary service